I spent three weeks talking to teenage girls about the infamous “influencer.” Everything I thought about our obsession was wrong.

When I say influencer, I am not speaking of the celebrity with her own makeup line or even the most influential YouTube star, rather I’m talking about those who sit steadily at “a little bit famous.” You’ve seen their stories of their morning coffee routine, you and a friend probably did an ab workout with them on YouTube, and maybe you've even see them sharing snippets of their day on TikTok now. They’re not famous, but we watch them attentively enough that they might as well be.

When we starting asking SnapHabit users how their habits were going and how they were spending their time, something surprising showed. Female users aged 18-30, tended to spend just as much time speaking about their habits as they did where they got the inspiration for their habits: influencers.

As the subject of my research itself [I’m a Gen-Zer], I am pretty sick of talking about influencers. I get it: they’re changing the game, dominating feeds, and transforming trends. I hear it from marketers as much as I do my parents, and I see it every time I open my phone. The term itself feels pretty disconnected from the current creators and consumers, and I think we all need to be more precise about what and who we’re talking about. But my personal content saturation aside, it’s true: influencers are what everyone is talking about because they are what everyone is watching.

So, when interview after interview, influencers kept coming up, I couldn't keep silently rolling my eyes. Instead, I started asking why. I sought to figure out exactly why today’s young population is so drawn to this medium of consumption — and what it means for the rest of us. And given the increasing power of Gen-Z, my bet is that it means a lot.

What I thought I would learn:

What I actually learned:

1. We go to influencers for entertainment, but we stay for information.

“I like doing it [watching skincare routine videos] while I’m getting ready for the day and putting on my makeup … At first, I just came for the entertainment, but now I incorporate it into my own life and routine.”

She explained to me that she didn’t even really like makeup, but she really liked watching other people who did. A few videos later, she found herself not only entertained but also informed, so she kept watching and kept gathering new tactics to add to her own routine.

I spent hours talking to teenage girls about their favorite influencers and most watched content, and they all pretty much explained this same sequence of events: They told me they came because it was entertaining, but their viewing history showed that they stayed because they were absorbing information. It’s the most overlooked duality of our days: it can be fun and informative. Even better, they explained that watching other people do things actually held them more accountable for their own actions.

"It not only reminds you that these are your goals, but holds you accountable because you see other people out there with goals and they are working towards them,”

which suggests that the social proof is enough to make us work towards them, too.

This language confirmed what I thought: we are drawn to influencers because they are something we are not. A classic escapism story. This is partly accurate; they are attracted to things just beyond their realm of experience, but it is not necessarily because they want to escape their own reality. Rather, they are watching what their reality could be.

In nearly every conversation, I heard the same language repeated: that could be me.

“I see an influencer who has really nice skin and think ‘wow I want good skin’ … I see an end goal in an influencer and want to get there.”

“I love watching her morning routine and habit videos because it's pretty simple stuff and I’m like ‘duh I can do this, it's not that hard’ …  the way she presents it shows that it actually is doable, actionable. It shows me who I could be”

Influencers offer a narrative of how to get from Point A to Point B; it’s informative, aspirational, and addicting.

“It feels like I am listening to a cool person who is five years older than me that wants to have a conversation with me, almost aspirational towards a different state of my life and I can look to them for future inspiration”

3. We’re actually learning a lot while engaging with influencers.

I’ve always taken the approach of a skeptical and out of touch dad when it comes to influencers and pretty much resolved that we were rotting our brains. While I was clearly off on my first two hypotheses, I was still confident about the end result: it’s a waste of time.

But again, my conversations suggested otherwise. The girls I talked to spent many hours consuming, yes, but they also learned a lot while doing so.

One girl explained to me that she was taught how to invest in her 20’s, another educated herself on the importance of sustainable consumption, and another was inspired to incorporate more body positivity tactics into her life.

What they were watching was informative and sticking with them more than any infographic or lecture ever had. I couldn’t help but ask why?

“It’s more fun to see real people do it, more human in a way."

“I can research 'self optimization techniques' all day, but if I see someone who is doing it and that it made their life better, I am more likely to do it myself.”

It’s not always intentional from the start, but rarely is it passive. These girls recognize they’re learning, they’re habits are changing, and they love it.

“I’m drawn to influencers who are factual, almost like a talking article; data based, science driven, seems smart.”

What does this mean for SnapHabit?

We're probably not going to be influencers, but maybe we can share the same features driving teenage girls to influencers to invite them to try new habits. After all, isn't that what they're already doing on these platforms? Learning a new skincare routine, picking up journaling, joining a 30 day yoga challenge ... discovering, incorporating, and learning new habits.

Here's what we learned is needed to spark the obsession of teenage girls today:

If anything, I learned that I severely underestimated our intrigue with influencers and was wrong about why exactly we were so obsessed. Oh, and maybe I'd stick to a better morning routine or be more of a yoga person if I spent more time on my discover page.

Don't have SnapHabit yet? You can download the app on iOS here and Android here. 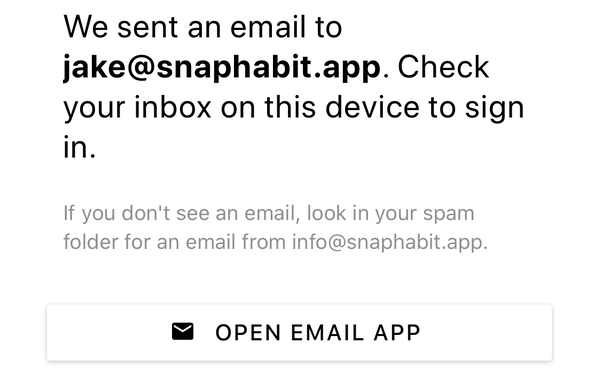 A metrics-driven take on how password-less login wasted weeks of development time and hurt our signup funnel. 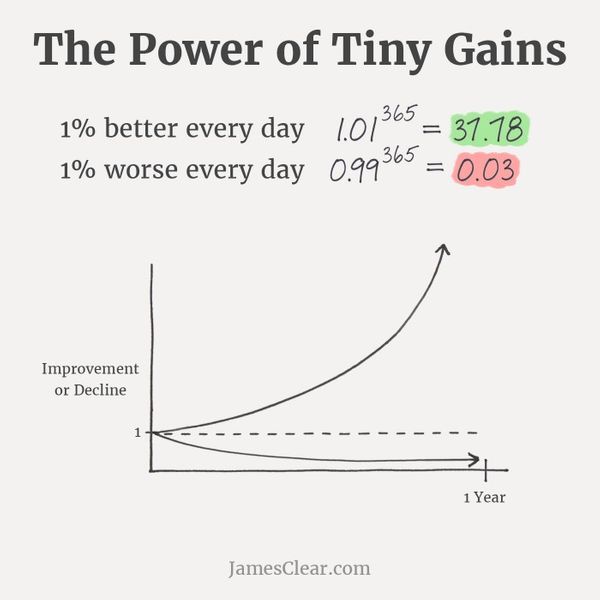 If you're a regular habit tracker, chances are you're looking towards building good habits to improve some aspect of your life–be it health, relationships, stress level, etc. On SnapHabit,